Wait! I have that! I can make it now!

This past week was pretty exciting in our household but not because Miss M. finally became a first grader.  No, the real reason is because I was able to not once, but twice make a recipe with items I had on hand.  There was absolutely no pre-planning.

First up, sloppy joes.  I usually make my mother-in-law's recipe which is awesome and tasty but realized too late that I didn't have a required ingredient (dijon mustard).  Enter pinterest.  I entered "sloppy joes" into their search engjne and this is what appeared: A lovely and tasty sloppy joe recipe that did not require mustard.  The best part is that I had all the things that it did require!  Win!  Click on the picture for the recipe.

Next up, cookies.  On Sunday, Miss M and family were invited to a picnic and there was to be a cake walk.  In order to participate you were asked to bring a baked good.  I had some yellow cake mix and some chocolate chips.  Pinterest yet again saved the day and Cake Batter Cookies were found: 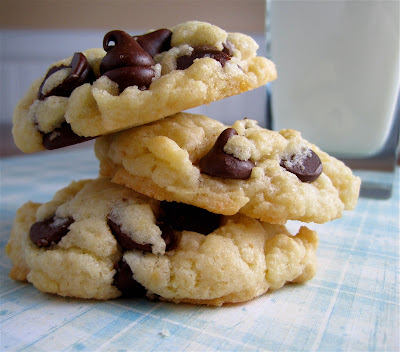 Click on picture for recipe.  They were so tasty that the extras that I laid out for the community potluck were gone in a matter of minutes!  The best part?  One lady almost accosted me for the recipe!

Success in the kitchen times two with the help of my secret weapon, Pinterest.

AEK
Hello! My name is Angie and I am a SAHM to two lovely but always runny noses girls. 8 year old "Miss M" and 3 year old "C" are my bosses. I am happily married to the awesome "J." I also blog at www.tilliestales.com which is a transcription over the course of 10 years of my grandmother's 1930's diaries.

Get Your "Queen of the Snot" E-Mail Here